Two women turned to writing to cope with breast cancer 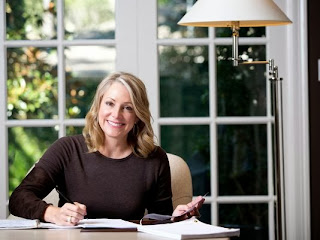 Breast cancer Wendy Hunsaker of Houston distracted herself during treatment by writing a screenplay for a movie.(Photo: Thomas B. Shea, for USA TODAY)

Treatment for breast cancer can take a lot of courage, but it can also inspire creativity. Two women turned to their pens — and their laptops — to cope with the emotional and physical tests they endured through breast cancer treatment.

When Wendy Hunsaker, 48, of Houston was diagnosed with breast cancer about a year ago, it came completely "out of the blue." She had no family history of the disease and was otherwise healthy.

She was shocked by the news, and going through treatment felt "surreal," she says. She figured she could sit in the waiting room and stew while all this was going on, or she could distract herself by doing something creative.

She decided to dust off a screenplay for a romantic comedy she had started about 10 years earlier and work on it while she went through two lumpectomies and radiation treatments at the University of Texas MD Anderson Cancer Center in Houston.

"It was nice to focus on something creative and positive because so much of cancer treatment is out of your control," says Hunsaker, who is married and has a 21-year-old son.

While she waited for appointments before and after surgery, she wrote and edited the script about a young woman's attraction to the wrong kind of men. It's a time travel romance that begins in the Middle Ages and moves to the present, then back in time again. "It's about facing fear and finding love."

She listened to soundtracks (Crystal Castles, Sarah McLachlan, Taylor Swift) that she thought would work well with the screenplay if it ever becomes a movie. The music helped to "fuel my creativity and shut out the hospital noises. My imagination would go into that world. It was a lot more fun to think about Ally's struggles than mine, and it was easier to give her fortitude when she needed it than to think about me."


Are you reading this on a mobile device? Scroll down and click “Web Version” to see more content and info.
Thank you for visiting!
Posted by Angela Mayah Solstice at 5:37 PM

Email ThisBlogThis!Share to TwitterShare to FacebookShare to Pinterest
Labels: #self-help