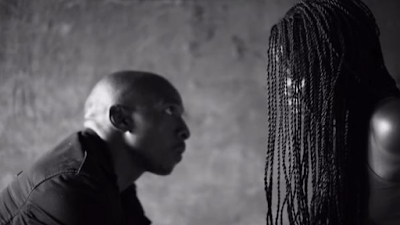 "All to often women believe it is a sign of commitment, an expression of love, to endure unkindness or cruelty, to forgive and forget. In actuality, when we love rightly we know that the healthy, loving response to cruelty and abuse is putting ourselves out of harm’s way."
~Bell Hooks

“What you stupid bitch? Go ahead call them!”

“Daddy your hurting mommy and you're hurting me.”

“Shut up this is what your mommy deserves.”

“Is this what you want for your daughter?”

“If my daughter acts like you, she deserves to be beat.”

These are the words that echo again and again in my brain when he tries to tell me I hurt him or that I'm mean. How can he call me mean? I held him down when everyone else around him was living their life and didn’t care what happened to him. I stopped my life; I put my dreams and goals on hold for him! For him to turn around six years later and beat the life out of me with his daughter, our daughter, watching still blows my mind.

“Pow!” There was the Fendi buckle connecting with my left arm.

“Pow!” Another blow to the same arm.

I ran out the room and down the stairs thinking if I go to where our daughter was watching TV he would stop, but he didn't. His fist became one with my gut. I ran out the kitchen and back up the stairs.

Pow! Punches to my face.

As women we think it’s ok to get beat and not call the cops. I am a victim of domestic violence who is still broken. Broken because although I'm the victim, I still find myself having to explain why I called the cops and got him arrested. It’s rare that I hear he was wrong and I should have stood up for myself. In the black community it’s a no-no to call the police on any black man.

“How dare you allow that man to put cuffs on me you RAT bitch. You SNITCH! You stole my money, you deserved this, and you deserve to die!”

Five thousand dollars.That’s how much my life was worth. Let’s stay on the same page. Five thousand was the distraction from the filth, the dirt, and the embarrassment I had to endure from the outside baby and him living a double life that I was tired of. I was his wife, yet I felt like the mistress. I got beat because he needed someone to blame for his wrongs. His wrongs in his head, became my wrongs he blamed on me somehow. I got beat because I took $5,000 dollars, something that wasn't outside of our norm. However he knew the shallow people he hung around would help him justify his wrong if he said I stole from him. I endured a lot, but that beating with my baby witnessing it, gave me the courage to love myself. I took the step of loving myself by dialing 9-1-1.

Lets get something straight, any man that puts his hands on you doesn't love you. That hot day in August he wanted to hurt me, he truly wanted me to die. It took me a long time to understand that this man didn’t love me and he wasn’t my protector. When the police came I begged them not to arrest him. I remember the police officer taking me to the bathroom mirror and telling me,“This man doesn't love you, look at yourself.” When I looked at my reflection I had a busted lip, scratches on my face, purple welts all over my arm, and a black and blue mark on the side of my face.

My daughter was shaking and her wrist was bruised from him holding her with his right hand while he was kicking me with his foot. Yet in still, I was a mess, not because my body was all bruised up, but because they took him to jail. He still didn't care about what he had done to me or his child, all he was worried about was that I got him arrested and how could I do such a thing to him. It took me a while to understand I did nothing wrong, and If I could go back in time I would still put his butt in jail. It’s just sad that there are a lot of women who are socially adapted to being beat, and never think about standing up for themselves and showing these men the repercussion of their actions.

When he put his hands on me I felt violated, I felt like my life was done. I felt angry and hurt. Statistics show that my daughter now has a chance to be abused by someone because her father abused me in front of her. Knowing what can be in her future gives me the strength to keep standing up to her father. This happened four years ago and he never once sat her down and truly apologized to her. This scares me, but as her mother all I can do is show her my strength by moving on, and showing her what it is to be a strong Black woman.


Are you reading this on a mobile device? Scroll down and click “Web Version” to see more content and info.
Thank you for visiting!